“What’s Laurence Nugent at these times?”
I was asked that question at a session of music in Fermanagh as I made my way from Donegal to the County Down. They all knew that wherever he was he would be playing music. As it happened I had just received a copy of his new cd “White Island” soon to be released but I wouldn’t tell them that …yet. “Isn’t he living somewhere away out in Chicago?” someone asked. There was an “r” put into the second syllable of the city as often happens here accompanied by a hint of sadness at him not being in the county Fermanagh instead, playing the flute in their midst. They all knew he had been influenced by the music of that place and the music of his father the great Sean Nugent leader of the famous Pride of Erin Ceili Band. They also knew that he in turn was greatly influencing the young musicians of Fermanagh and beyond with his much sought after recordings and his winning of the All Ireland titles at the Fleadh.

I put my hand in my pocket and pulled out the cd with its list of tunes and accompanying musicians. “This is what he’s at”, I ventured. They looked and they listened. They read names like Liz Carroll, Steve Cooney, Michael McGoldrick, and tunes from the great Fermanagh name McManus, as well as Nugent… and the list went on. “He’s keeping good company”, someone said. Then White Island began to play, the title of the album and of the small island close by.  “He’s not so far away after all” some one smiled. “And he’s better than ever”. 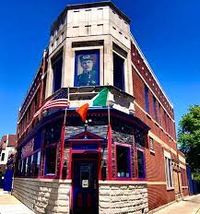 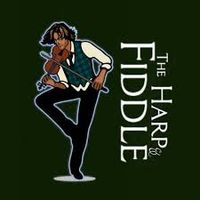